Bridge graduates get into top secondary schools in Kenya

For those living in communities that Bridge operates in, finishing primary school is considered challenging and attending some of the top secondary schools in Kenya would have been unimaginable. With parents often struggling to provide for their families and worryingly high levels of illiteracy rates amongst both adults and children, going to failing schools often represents an opportunity cost that families can not justify.

Yet, due to the strong foundations set by teachers across their academies, Bridge KCPE graduates are attending those secondary schools that would have previously been seen as beyond reach. Thousands of Bridge pupils excelled in the exams; with some achieving scores that marked them in the 0.9% of performers in Kenya. Now,  Bridge graduates have been rewarded with places at some of top secondary schools in Kenya. The combination of dedicated and committed teachers and high-quality lesson design has enabled all Bridge pupils to outperform the national average with those who receive a Bridge education for five or more years; learning the same amount in five years as their peers in other schools would learn in seven. 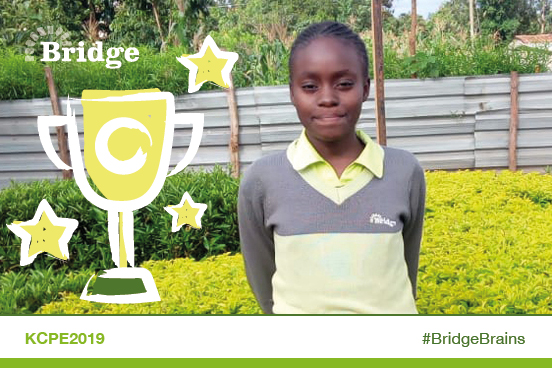 Laura Atieno—pictured above—was our top performing pupil in 2019 achieving an impressive 417 marks (out of 500). She gained a place at Pangani Girls’ national High School, one of the oldest secondary schools in Kenya. The school was established in 1932—prior to Kenya’s independence—as the Duchess of Gloucester School, named after the late Princess Alice, Duchess of Gloucester. After Kenya became independent in 1963, the school was renamed Pangani Girls’ High School. It has produced a long list of illustrious alumni across a wide range of sectors including Esther Wahome, a gospel singer who has achieved national and international fame; Rosemary Matudunda, a Salvation Army leader; and Dorris Chepkoech, a professional hockey coach for the Kenya Hockey Union. Whatever path Laura chooses to pursue in life, having this inspiring list of high achieving women will no doubt help drive her forward. 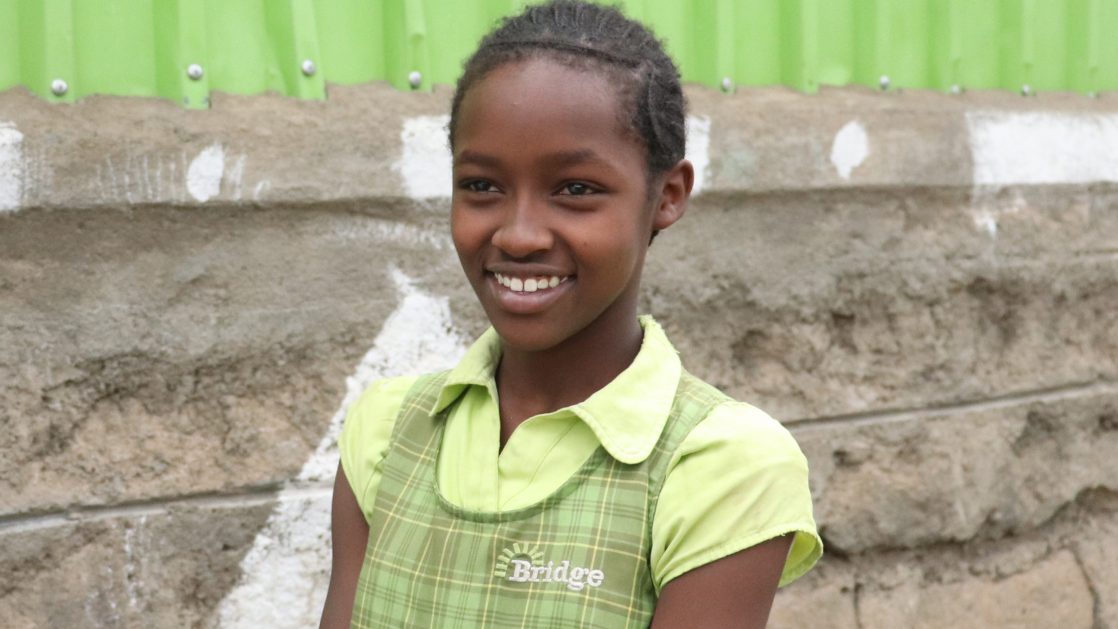 It’s not just Laura who will have a lot to live up to. Karima Girls’ national High School will be the destination for highflying graduate Mercy Nyambura (above). Priding itself on academic excellence, Mercy will undoubtedly be able to go from strength-to-strength. In 2016, Karima Girls’ High School was amongst the top ten performing secondary schools across the country, receiving the fifth best Kenya Certificate of Secondary Education (KCSE) results. The heavy focus on sciences at Karima Girls’ High School has led to numerous impressive careers from alumni. In 2010, over 50% of alumni engaged in science, technology, engineering, and maths (STEM) courses at university; going on to pursue impressive careers in scientific fields hoping to help better their communities and Kenya more broadly. It’s a great fit for Mercy, who hopes to be a doctor and, like those that have gone before her, help her community: “At school, my favourite subject has always been maths. I love using different numbers and equations to help solve problems. My love for this subject will help me to one day become a doctor so I can help my community,” she declares.

The journey of pupils from underserved communities into strong secondary schools is important for not only the immediacy of the opportunity and advantages that it gives the individual children and their families. Over time it is important because it will start to shift the prosperity of communities that have for decades being stuck in a cycle of poverty with no way out. Enabling thousands of children from these communities to gain a strong primary school foundation—becoming literate and numerate—offers a wealth of possibilities in and of themselves that their parents and grandparents simply did not have access to. Enabling thousands of children from these communities to have access to quality secondary schools and the opportunities that lie beyond that will enable seismic changes in prosperity for populations that have largely been ignored to date.

The journey that thousands of children have taken from a successful primary foundation into secondary school looks set to continue. 2019 KCPE results concluded that children who had been with Bridge for at least five years scored 31 marks higher than pupils nationally, a difference of 0.41 standard deviations and equivalent to almost two years of additional schooling. Thousands of Grade 8 Bridge pupils across Kenya sat the exam. Overall, children who had been with Bridge for at least one year beat the national average by 16 marks. This is the equivalent of 0.25 standard deviations or an extra year of learning. This wider cohort of Bridge pupils’ average score was 266 which is equal to highest average in Bridge’s history of entering candidates for the exam.

As a result of these scores, across Kenya, many children would have a far greater opportunity to attend a high-achieving secondary school if they had the foundations in place from a primary level. Pupils such as Laura and Mercy have done incredibly well to get into Pangani Girls’ High School and Karima Girls’ High School respectively, but not everyone is as fortunate. We must strive to narrow the equity gap for all Kenya’s youth, so that everybody has an equal opportunity to turn their dreams into a reality.

Meet Stephen Wambaya Kibeu, a teacher that has learnt so much from his training sessions. Like with many of the [...]

Read more about our Learning gains in Kenya