The Kenya Institute of Curriculum Development and the Kenyan Ministry of Education, Science and Technology has selected a Bridge academy in Kinna, Kenya to participate in the new curriculum pilot.

In a few months, Kenya will adopt the new curriculum, moving away from the 32 year old 8-4-4 system, that has been widely criticised. The new 2-6-3-3 system aims to transform Kenyan education.

Education Cabinet Secretary: Dr Fred Okeng’o Matiang’i has said that he hopes the new system will ‘inspire individual innovation and life-long learning’ but has made it clear that ‘successful implementation of a new curricula will depend on the concerted efforts of all education providers, implementers and stakeholders’

With so much resting on it, the inclusion of Bridge in the Kenyan government’s flagship education pilot cements our role as a trusted government partner in the delivery of education.

The Kinna academy is one of 48 Bridge schools located in north eastern Kenya,  Isiolo county bordering Mandera, an area often identified with terrorist groups and conflict .

Bridge Kinna School Leader, Hassan Halakhe said, “It is really a privilege for our school to have been selected to pilot the new curriculum in Isiolo county. We look forward to working as part of a successful pilot which will continue to further strengthen our relationships with the Kenyan government.”

Kinna academy opened in 2014 and has approx. 350 primary school pupils. The first cohort will sit the Kenyan Certificate of Primary Education (KCPE) exam in 2017, and Bridge is confident it will replicate the success of its other academies in previous years. 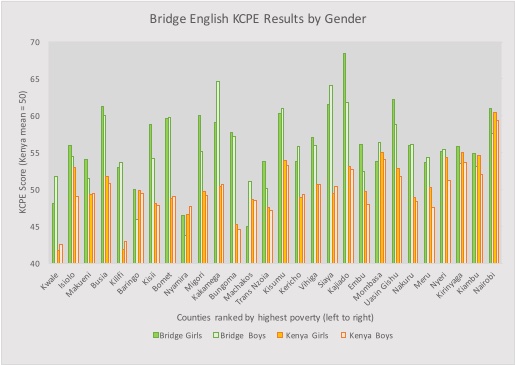 The Benefits of Detailed Teacher Guides

Technology enables Bridge teachers to give their best in the classroom