Coding without a computer

Can you translate the English word “ball” into computer code? Well, Bridge pupils in Nigeria, India and Liberia can! Despite the ubiquity of technology, most people cannot perform this simple task. Let alone those that live in communities where technology is rare, connectivity poor and electricity intermittent. These are challenges but not insurmountable ones and through participating in the Hour of Code, we are able to ensure that our pupils remain competitive in an ever growing technological world.

Code.org, founded in 2013 with the goal of improving diversity in Computer Science, started the Hour of Code four years ago as an international movement to introduce school children to computer science. It has grown in magnitude each year, to 100 million students in 180 countries participating in 2017, using 50 different languages. In 2018 over 600 million children are expected to have taken part in Code.org projects. Bridge pupils will account for almost 22,000.

This is the second year Bridge has taken part in this global movement. In 2017, pupils in Nigeria completed their first lesson on coding. The popularity of the lesson and the positive experience of our pupils encouraged us to expand the event to Bridge academies in Nigeria, Liberia and India in November 2018, and the pupils’ excitement was palpable!

A collective ‘ooooooo’ emits from the mouths of 25 second graders at Sabiu Okoya Academy in Lagos, Nigeria as their instructor informs them that “today our goal is to name the language that computers use.” These Bridge pupils are helping to break the common misconception that children need access to technology in order to study computer science and learn to code. While Bridge does utilise technology to help pupils, such technology is typically unavailable to most Bridge pupils outside the classroom. But with the Hour of Code, Bridge is giving them tools to carry coding home with them.

This year, for example, Bridge pupils, as young as six, in Grade 1 through to Grade 3 learned to translate words into the language of code using only pencils and paper. After defining computer code, they worked in small groups to turn simple English words – CAT, BALL – into code. An exercise that gives them an understanding of how to create computer code without even using one and beginning to learn to think in code. Grades 4 through 6 undertook more advanced lessons about constants and variables, then solved for the variables in simple algebraic equations. Bridge pupils continue to break down supposed barriers to success and prove achievement can be driven by hard work and a desire to learn regardless of limited resources. 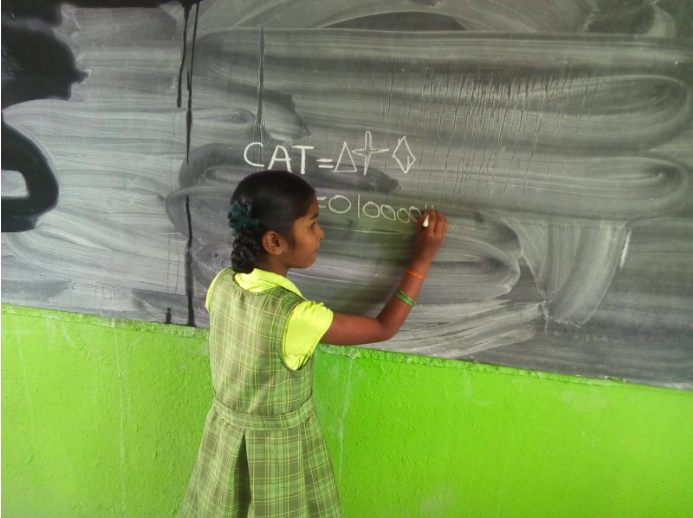 Code.org aims to include traditionally underserved populations, with specific focus on females and socioeconomic diversity. During Bridge’s Hour of Code, more than 10,000 girls in our academies participated in computer science activities. Malala Yousafzai says, “Every girl deserves to take part in creating the technology that will change our world, and change who runs it.” 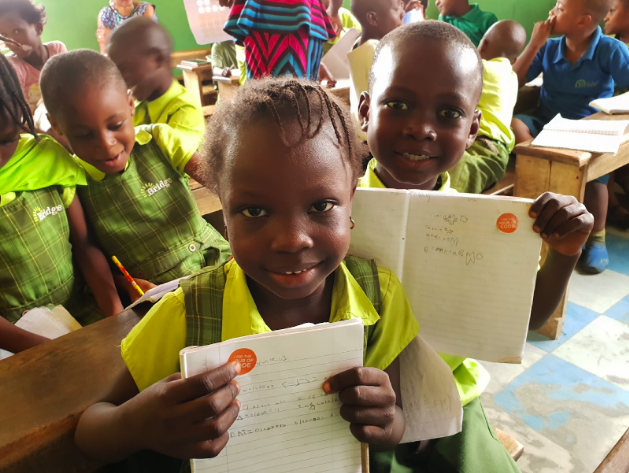 At the conclusion of this special hour of learning, Bridge pupils received an ‘I Did the Hour of Code!’ sticker, and wore them proudly into their communities and homes, inspiring others.

Introducing coding and technology to pupils in primary school builds a foundation that exceeds the basic knowledge most pupils receive before entering secondary school.  This means children begin their secondary education ahead of their peers, even if nobody in their family or community ever worked with or used technology.

At Bridge, our pupils’ confidence in embracing technology is growing and the breadth of their education is expanding. Bridge is proud to be helping children across Africa and Asia build a strong foundation in computer science. So, despite living in communities without computers or technology, the foundations our pupils receive at Bridge allows them to succeed in any sphere they choose.