Reading to learn, after learning to read 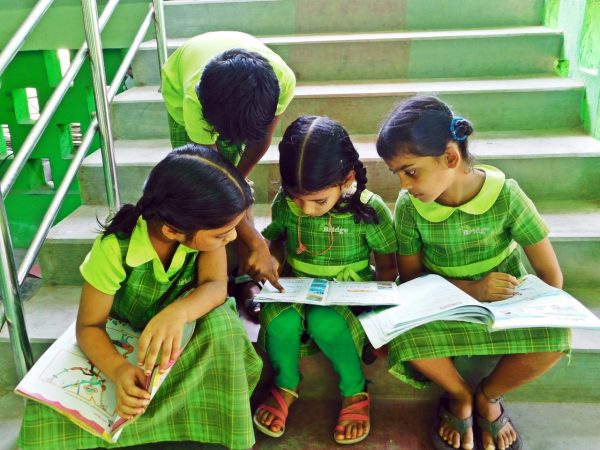 Happy World Book Day! Did you know? April 23rd also marks the birthday’s of famous authors William Shakespeare, Miguel Cervantes and Inca Garcilaso de la Vega. UNESCO established this day as a tribute to them and all of the wonderful authors in the world; also to raise awareness of the importance of books. It’s since become a call-to-arms for millions of people around the world to promote creativity, diversity and equal access to knowledge.

Last year we focused on the humble textbook, but this year, we’re writing in praise of fiction. So, why is fiction important? We know that learning to read is vital to attaining a good education, which in turn dramatically improves life prospects. However, reading fiction offers us something else as well. Dr Seuss put it best when he said: “The more that you read, the more things you will know. The more that you learn, the more places you’ll go.” Now scientific evidence is backing up what many of us already knew – that the opening up of other worlds through books has a positive impact both on our lives, and on the lives of others.

The importance of Fiction

Mounting research is revealing that reading or listening to stories essentially helps us to be more well rounded people, as well as offering an avenue of escapism. As an example, various studies into the Harry Potter books have shown that an engagement with J.K. Rowling’s fiction not only heightens the amount of happiness in the brain, but also reduces levels of prejudice amongst its readers. Overall, scientists now believe that people who read more books have the opportunity to enter into other people’s experiences and feelings, and therefore have more empathy, a better understanding of others and are better prepared for the world around them. In our diverse world, books can be valuable tools for providing perspective and developing empathy.

Unfortunately, the ability to read isn’t a skill that everyone can exercise. Although global literacy rates have massively increased over the last 50 years – from 42% in 1960 to 86% in 2015 – there is still a long way to go. Sub-Saharan Africa needs the most urgent attention, as the region has the lowest literacy rates worldwide. In 2017 the literacy rate was at 65%, revealing that a troubling 27% of the world’s illiterate people live there. 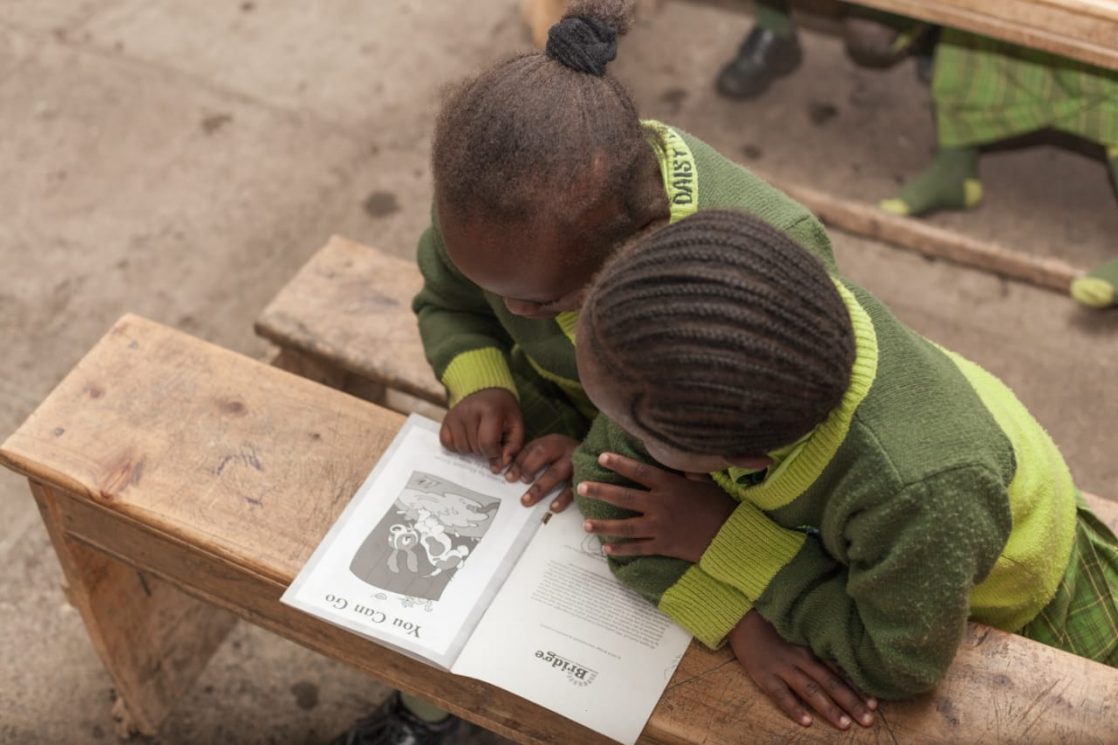 Bridge is pulling out all the stops to buck this trend and make sure every one of our pupils is learning to read. So far, so good: a study in 2013-4 (Bridge: 2015) found that Bridge pupils in Kenya had gains in reading equal to 64 additional days of learning in a single academic year. Similarly, in July 2017, halfway through its first year, the Learning in Liberia report revealed that 17% of Bridge Liberia second graders met reading fluency benchmarks for the first time, compared to only 4% of second graders at traditional public schools. Further, an independent report by the UK’s Department for International Development revealed in 2018 that: “In literacy, students at Bridge schools have better performance than students at other private schools (by 0.35 standard deviations) and public schools (by 1.38 standard deviations).”

In order to achieve these gains, alongside working on the technicalities of reading we are firm believers that you can learn and have fun at the same time. This is why we’re bringing classic tales old and new to the classroom, to inspire pupils to see reading as something to be enjoyed both in school and at home!

Early childhood pupils listen to their teacher do ‘read alouds’ of all sorts of stories. From Hansel and Gretel in their house made of sweets, to Jack climbing up his beanstalk to a land of giants, the classroom is transformed during story time into a world of possibilities.

Meanwhile, our older readers are able to get stuck into some independent reading and delve into international folktales. West African fable ‘The Tortoise and the Wisdom of the World’ is a firm favourite, teaching the pupils about an arrogant tortoise who learns that wisdom can come in all shapes and sizes. Pupils are invited to think about the actions of the characters and the moral of the story. After getting some inspiration, they are then encouraged to write their own creative pieces, based on one of the morals being explored in a story. Who knows, maybe the next Chinua Achebe or Chimamanda Ngozi Adichie is amongst them!

World Book Day gives us the chance to reflect on the influence and impact of stories; the joy they bring and the possibilities they open to us. However, it’s also an opportunity to highlight where change is still needed. With the gaping inequalities prevalent in education, literacy and and access, it’s imperative that improving literacy is a priority worldwide.

With the benefits of reading clearly stretching above and beyond the classroom, we must make sure that everyone is able to access the amazing diversity, creativity and educational value of fiction.

Read A Love of Books Leads to Literacy and Learning

Read How important is literacy to education and development?