Liberia has a poor education system. Just 37% of Liberian children are enrolled in primary school and it’s ranked 134 of 137 by the World Economic Forum for the quality of its education. The Ministry of Education took this challenge seriously and implemented Partnership Schools for Liberia (PSL). There was much anticipation about the tangible results that the program would deliver.

The success of PSL (of which Bridge is one of eight partners) has been widely discussed since it was independently verified by the Center for Global Development and Innovations for Poverty Action. The learning gains were extraordinary, with a 60% increase in learning amongst PSL pupils overall.

Even bigger learning gains were seen at Bridge PSL schools specifically, where pupils gained one full additional year of learning over their non-PSL peers. These gains were a consequence of a set of policies, designed by the MOE and effectively implemented at Bridge PSL schools. They included extending the school day, ensuring classes were not overcrowded (less than 55 pupils) and that teachers were both literate and present.

Now, as originally envisaged, policies that have been recognised as successful have been taken from the programme and are being implemented across the Liberian education system as a whole. The extension of the school day has just been announced.  Previously in Liberian public schools, the school day ended at 1 PM, and some schools ran shifts so that students attended in the afternoons or evenings.

The recent announcement by the Government that it will continue the Public Private Partnership next year is a reflection of that and the decision to extend the school day from 7:45 AM – 1:00 PM to 8:00 AM to 03:00 PM further emphasises the new Government’s commitment to reform. The President believes that the implementation of a longer school day across Liberia will “allow enough time to teach the full curriculum.”

President Weah choose his State of the Nation address to emphasise his commitment to education saying: “The improvement of our education system is and shall remain a constant and major priority during my administration.” Recent announcements show he is serious. 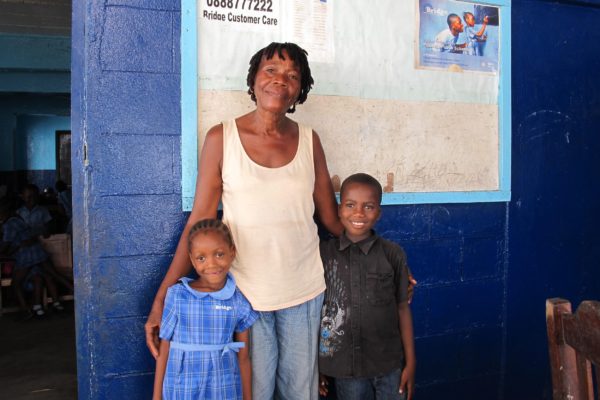 The lengthening of the school day is widely supported by families as pupils are better supported throughout the day to improve skills and parents can work for longer. One Bridge PSL parent, Cerue Kennedy (above) said: “I like that the school day is longer, this year is better than the others, the classes are less crowded. The school is doing good now.” She explained how she now has more time to do chores and earn money. Another parent, Melvin Varney Browne, said that the longer day meant “the children could learn a greater range of subjects as well as preparing the children for a full work day when they have a job in the future.”

The longer day will start in the new academic year, commencing Monday 3 September 2018, President Weah has declared no school must open before or indeed, after this date.

While a longer school day is an important component of the Bridge PSL public school approach, it alone is not a sufficient condition for learning. Other policies implemented in PSL schools have also seen great results with improved teacher attendance and increased parent satisfaction. Over 80% of teachers, parents and pupils at non-PSL schools are hoping the program will be expanded furthermore for the whole nation to feel the benefit.

Tackling the length of the school day can be seen as significant step towards the goal of improving Liberia’s education and by extension, a step closer to ending the global learning crisis. We’re encouraged that the promise of PSL is starting to yield practical policy tools that can be implemented nationwide for the benefit of all Liberians. We look forward to continued collaboration with the Liberian government, as part of PSL which is ‘showing the light for the people to find the way’.