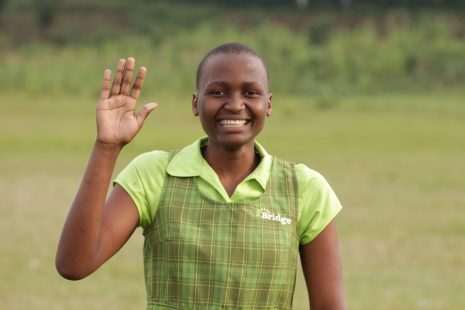 Sixteen-year-old Aliseka goes to Bridge, Kauga in the Mukono District of central Uganda. Both of Aliseka’s parents died when she was younger, so she lives with her aunt, two brothers and four sisters. She joined joined Bridge in 2017 from a government school after hearing Bridge had ‘good standards’.

Bridge has made me a better person

Her academic performance has greatly improved at Bridge, and she says: “I’m more confident and bold, especially while interacting with new people.”