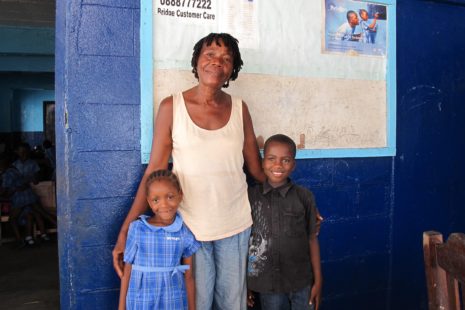 Since Bridge Liberia started managing J. W. Pearson school in Monrovia, Cerue has been pleased with the progress of her children, saying: “Meme is better at reading and writing, she has been motivated to learn more and has lots of friends at school. Prince really likes writing, he’s good at writing. He is catching up quickly now, and loves going to school.”

Cerue adds: “I like the [teacher] computer the teacher uses and that the school day is longer. The school is doing good now.”

With a longer school day, Cerue has been able to spend more time doing chores and earning money to support her family; the benefits are also felt by her children and all Bridge Liberia pupils, who last year were learning twice as much as their non-Bridge Liberia peers.