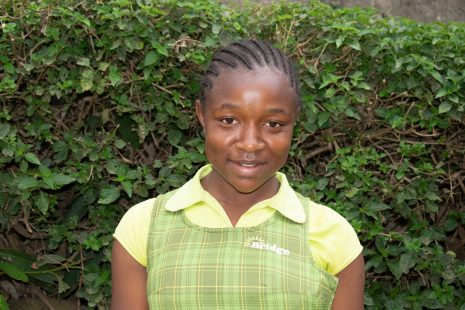 Fourteen-year-old Esther goes to  Bridge, Gachie in Kiambu County. In her community most houses are made from iron sheets and typically, families will share one room. She lives with her mother, whose a casual labourer and brother who is 15-years-old. Her father left when she was younger. In her neighbourhood the one thing Esther would like to change is to end the high levels of poverty.

At school she is the Class Prefect which she enjoys so much: “Being a leader of my fellow pupils is very nice, I like to guide to make sure they do the right things,” she exclaims. She always plays games in school with her best friend, Clara.

When Esther’s older she wants to be doctor to help the sick people. “I always feel pity for the sick and I want to help them,” she says, “I have changed so much since I’ve come to Bridge I’m performing well and now I’m confident in so many things, especially games!.”