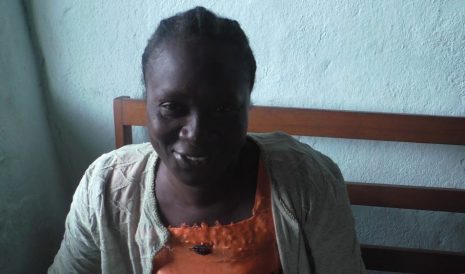 Meet Euphemia Teah Tweh, the compassionate Principal who cares about one thing above all else: quality education for all Liberians!

Having served as a Principle since 1998, Teah Tweh has shown her dedication to vastly improving levels of education for all Liberian children, including her eight children who attend J.T Nimely and P.G Wollor Public Schools, both of which are run by the LEAP Programme.

Teah Tweh’s school is attended by over 150 pupils, ranging in ages from three to 10 years old.  She undoubtedly enjoys the challenge of helping to educate a diverse age range.

While living in such a remote part of Liberia has been challenging, Teah Tweh has refused to allow this to be a barrier in actively improving Liberia’s education system, so that the country’s next generation can fully engage in fun and interactive lessons.  This has definitely been the case!

Teah Tweh has stated unequivocally that the LEAP programme has enhanced levels of education through bringing around new methods of teaching, as well as showcasing emerging technologies.

Teah Tweh thoroughly enjoys teaching her pupils through her Principal position, and looks forward to continue inspiring the minds of young Liberians!