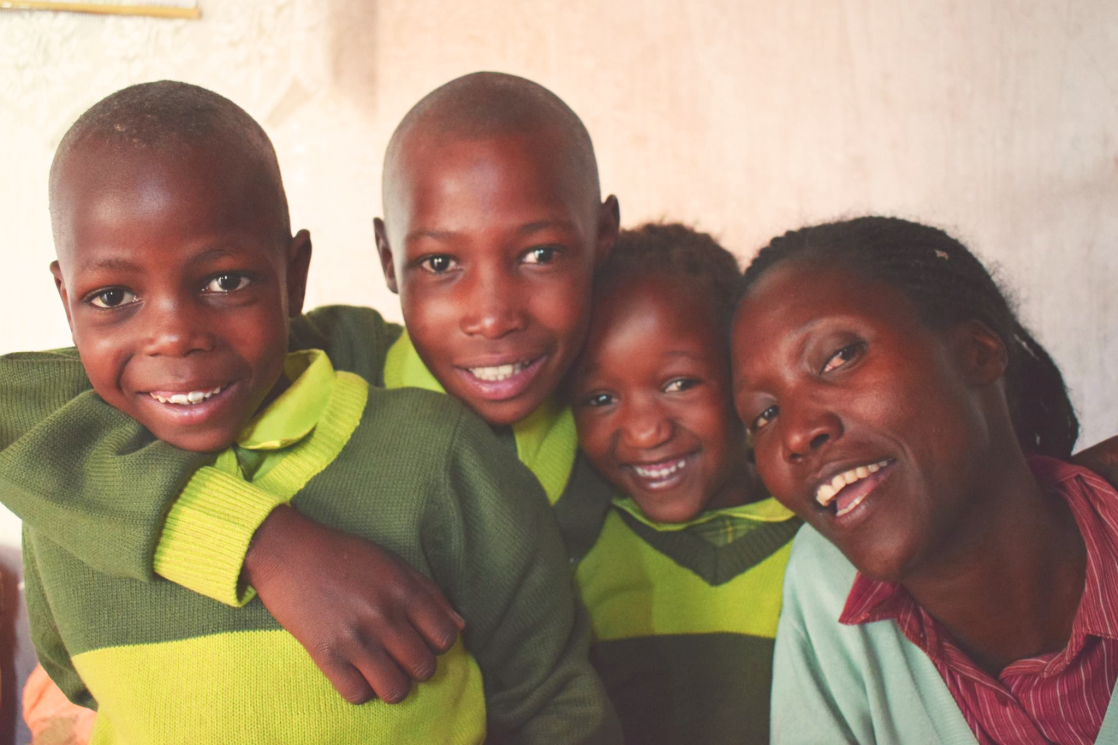 Thirty-two-year-old single mother, Irene Munere (above right) lives together with her three children in Jasho Nyingi, Nakuru County in south-west Kenya. She’s chosen Bridge for her children and is a very proud parent!

Irene, who caught polio when she was four-years-old, uses a wheelchair and refuses to let her disability define her. Sadly, life can be difficult for those with disabilities in Sub Saharan Africa and Irene’s story is not unusual.

Irene needed to find a home and a community where she could build a strong life for her family. They moved to Nakuru after finding a house with a sympathetic landlord — she also wanted to be closer to the Bridge school there, after hearing they were good. It has turned out to be a good decision.

In lieu of paying rent, Irene cleans the compound where her family lives – something she can find difficult. As such, she often relies on her three children to do the majority of these chores for her after school. They are happy to help their mum and it’s now part of their daily routine.

With further help from her eldest son, 11-year-old Kevin (above, second from left) Irene is taken to her place of work early each morning before he makes his way to his school — Bridge, Jasho Nyingi.

The duo draw little attention on their daily journey, which ends at the small stall where Irene works selling drinks and snacks — a business she established thanks to the support of her neighbours. Irene and her family are lucky to be in a community where they are supported and where Irene’s disability does not affect her ability to support her family.

Their story was featured on Kenyan TV and the Munere family went ‘viral’ on social media, for highlighting how living with a disability didn’t have to define a family. It lead to many Kenyans asking what they could do to support them.

The family also caught the attention of Assembly Member, Hon. David Ole Sankok MP who was Chairman of the National Council of People with Disabilities. As a result of the positive response to the feature, Irene received a wheelchair she can operate herself using her hands – meaning Kevin can arrive at his Bridge school on time each day.

The Munere’s story is one of amazing dedication, sacrifice and commitment. It’s a good illustration of the immense value Kenyan families place on a good education.

Read about the recent Increase in ‘Proud Bridge parents’

Discover our Learning gains in Kenya