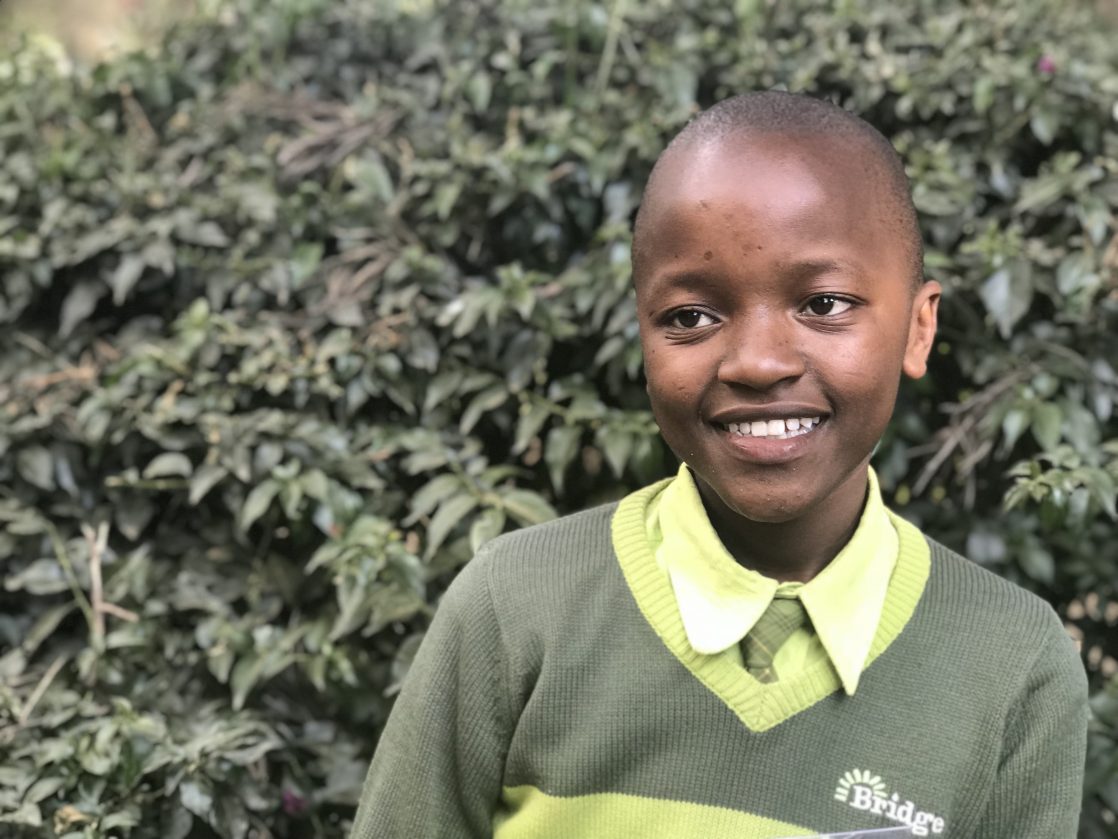 Meet fifteen-year-old James Kathula from Bridge, Korogocho in Nairobi County. He moved to Bridge because he wasn’t learning anything in his old school, and he was determined to do well in his exams.

James comes from one of Kenya’s biggest slums, where there are around 40,000 residents. Most people are jobless or take part in casual jobs such as washing cars or selling second-hand clothes. At home he lives in a one room iron hut with his parents and two sister who are ten-years-old and ten-months old.

James loves his community because he has many friends who he loves to play football with and they always help each other to study. There are things he would like to change though, because houses and roads are not safe and many people are injured, he says: “When I’m older I want to make sure that people look after their environment and it is safe for everyone.”

At school he loves science lessons because he finds science ‘easy to understand,’ which means he can ‘learn about the world outside’. Since James has started school he has made massive improvements.

When he grows up he wants to become a journalist. He hopes that through this work he’ll be able to end corruption—his dream, he says: “Is to make sure everyone gets to have a good house and a good school.”