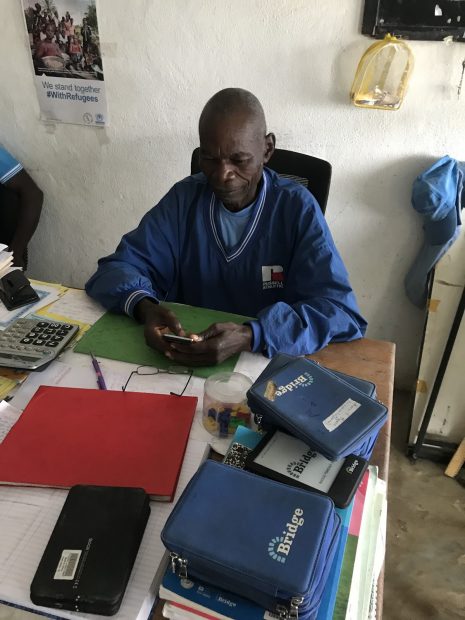 Meet Vice Principal of Instruction Joseph B Mooney, a highly valued member of his school. He has one big goal above all else; high quality teaching and high quality learning!

Mooney’s position in the school differs to that of teachers. He observes lessons taught and keeps tabs on the attendance of pupils.  Throughout the school day, Mooney attends the majority of lessons and makes notes on his findings, before giving constructive feedback on how teachers could improve engagement.

Mooney couldn’t be happier with the visible improvements to pupils’ work, explaining that he enjoys “watching them get better.  I see this through improvements in the children’s learning, it makes me glad.”

According to Mooney, one evident area that pupils have improved in is the ability to communicate in English.  As a school with a large refugee population from the Ivory Coast, it officially changed from a French-speaking school to an English one in 2017 as a way for pupils to become fully integrated into society.  He has happily stated that “Now the students can fully read and write in English. It’s taken some time but we have seen vast improvements.”

Mooney feels immensely proud of the strides taken by the school to improve, and greatly looks forward to observing more lessons!