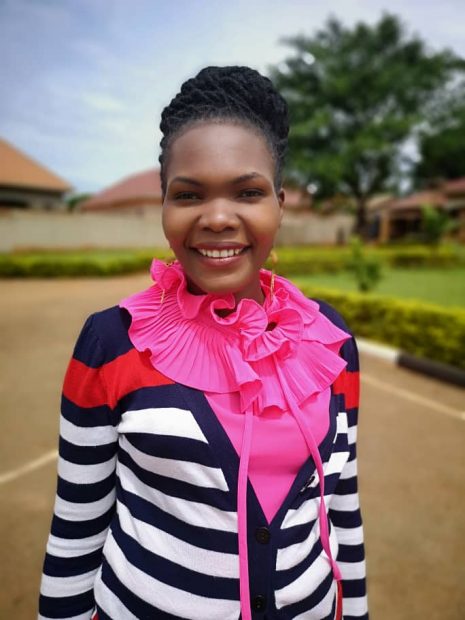 Justine Kamedde has been a Head Teacher at Bridge, Mpigi for four years. With nine years previous teaching experience, she was a perfect candidate for the job. The position has brought her recognition in the community, she explains, which enables her to help more people.

For Justine, the responsibility is a massive honour. “People have trust in me, they have entrusted their children to me,” she says. A mother herself, Justine finds that her maternal instincts come out when she is with the pupils. “Sometimes I feel like I’m with my biological children!” she says.

Cooperation between staff is essential to running a good school, and Justine has ensured this is at the core of Bridge, Mpigi. “We work as a team, we share everything with each other and that’s how we get solutions,” Justine explains. She’s found that the model at Bridge makes certain that teachers are all in attendance and teaching, which she says wasn’t the case at her previous schools.

Justine thinks that the teaching at Bridge “motivates pupils” because the system guarantees that every pupil will get involved in lessons, regardless of their ability. “Every pupil is given a chance,” Justine smiles.