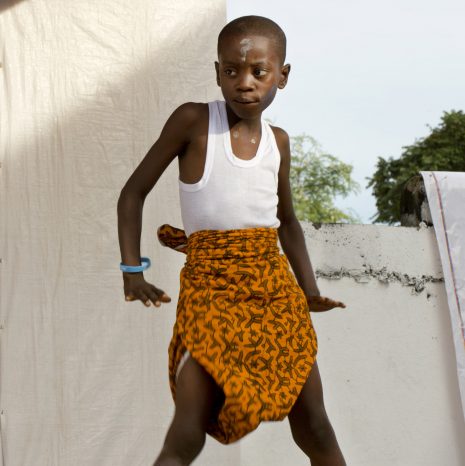 Lawson remembers the day he wriggled like a worm during the launch of ‘Light to Learn‘ in Liberia by Senegalese-American music star Akon. Then, he had no idea of what his performance would mean to him and revels in telling his story.

Representing Bridge, Lawson was commended by Akon for his originality, enthralling the crowd with his moves and supervising his team’s moves to Skales’ Shake Body.

“I was happy when uncle Akon came to Liberia,” Lawson said. “My grandma was happy that I met uncle Akon.” Lawson and his team’s originality paid off with Bridge Liberia Sarah Simpson George school being selected by Akon as the winner of the grand finale between Montserrado, Grand Bassa and Rivercess Countries.

Lawson dreams of becoming a doctor when he grows up, saying: “My favorite subject is Math. At school, I learn to be good to others; doctors help people when they are sick, and I want to help others.”

See Lawson dance from 18 seconds in the video below: