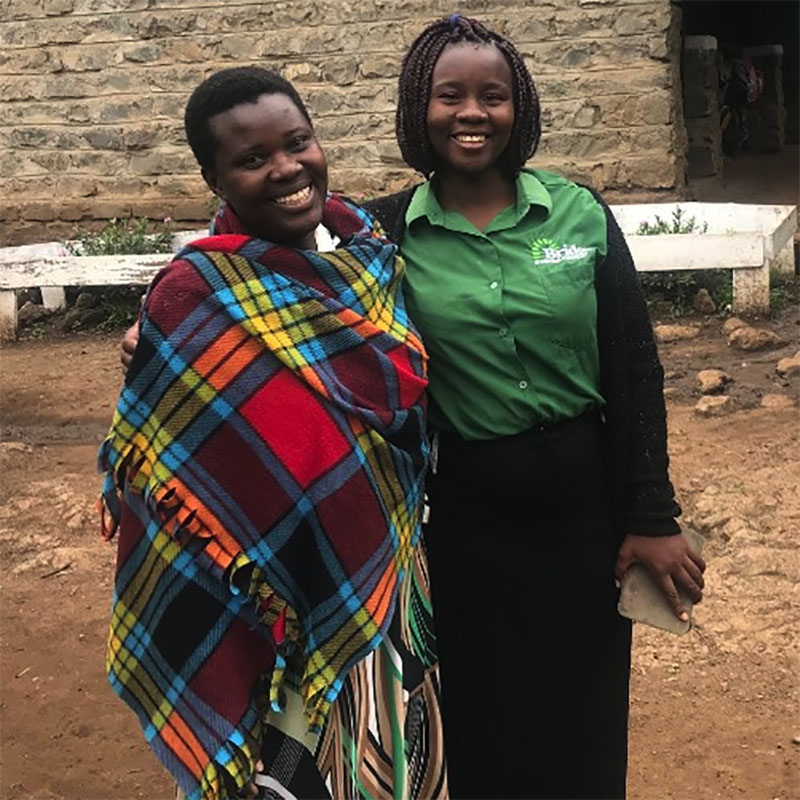 Lilian (left) is one of our founding parents of Bridge Academy, Ongata Rongai. She has four children at Bridge and has celebrated their success since Day One.

Like many parents in Bridge communities, she makes a living making mats, doing laundry and selling second hand clothes. Previously, Lilian worked at a hospital with children aged 9 – 18. She was “proud of the fact that I was able to empower a number of children, especially young girls.”

When Bridge came to the Ongata Rongai, her first child was already at school in the neighbouring town. When Bridge opened five minutes from her home, Lilian wanted to give the new school a try. Many children have to walk a long way to get to school each day in Kenya and she noticed that her eldest child was so tired from the long journey to and from school, she couldn’t concentrate in class.

So, Lilian visited the school and spoke with the teachers; right there, she became the tenth Bridge parent to enrol a child at the new school. She left confident that she’d made the right choice, sensing a motivation and pride in learning that she hadn’t seen in other schools. 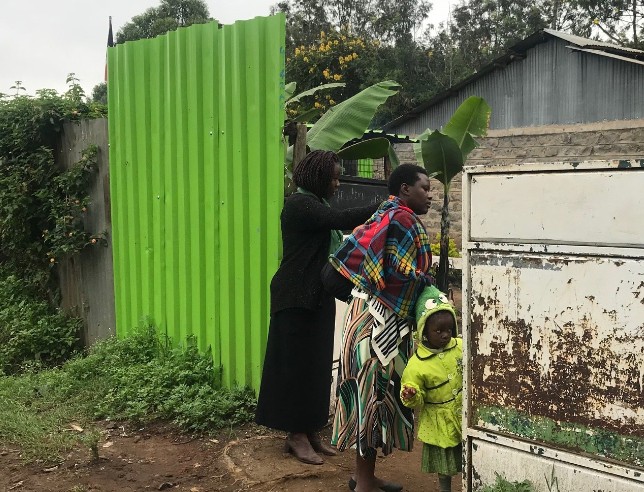 Lilian has been thrilled by the positive changes to her children since they started at Bridge, whose progress is recorded in their report books. She says, “I especially like their report books which make it so easy to track their performance, and improvements.” In addition to test scores, Bridge report books also record concentration in class, the ability of a child to share with others, attendance and much more. Lilian adds, “It’s just like being in the classroom with them!”

A group of Super Mamas were so impressed by Lilian’s enthusiasm for education that they asked her to join their group — which advocates for quality education in their community. She was told she was the perfect education advocate to act as a role model to other women and girls.

Right away, Lilian started a project for people to donate sanitary pads to girls in their community. Every Thursday she teaches girls at the school about cleanliness, how to use a pad and what to do when they realise a specific change is happening. The project has helped girls to be more confident in class and to stay in school without fear of discomfort or embarrassment. Other Super Mamas have joined Lilian’s cause and are now helping to grow the project to reach even more girls.

In addition to being a Super Mama, Lilian also enjoys counselling pupils, running sessions in which the pupils can share what they are going through. She has become so highly respected – even ‘famous’ – in her community that she’s sometimes called “Our Mother.” 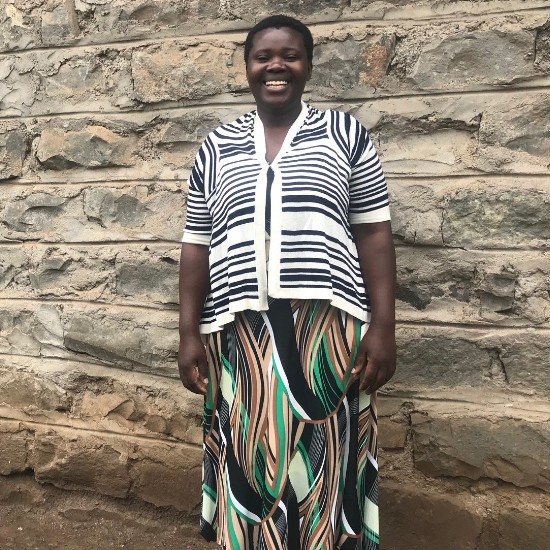 Lilian is happy to be doing what she loves. She’s also delighted that the Super Mamas of Ongata Rongai have inspired parents from other schools to become involved in community projects.

Lilian approves and believes being a girl is no obstacle to participation or success — young or old — she says: “All you need to be ‘Super’ is to show leadership.”