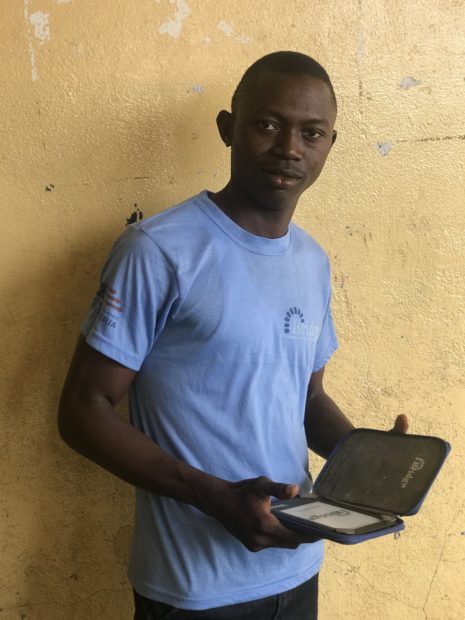 Meet Teacher Mohammed H. Bafaie! He’s a vibrant character who excels at his job teaching nursery class at Bridge Liberia Kendeja Public School. It takes Mohammed an hour to get to and from school every day, but it doesn’t deter him because his passion for teaching remains steadfast.

Mohammed says he has helped his kids to improve their behaviour, learning to write the alphabet and understand signals that improve classroom management. He displays engaging signs around the classroom which he says really helps pupils to learn.

He also encourages their enthusiasm for singing and drawing, saying their passion, “warms his heart.” He loves seeing them mature as people, ready to take on the next step!

Mohammed is keen to continue his development and keep improving as a teacher. He says he wants to be able to contribute beyond the nursery and help the wider community in the future.

He says that none of the innovative work he does would be possible without the strong support system he has at Bridge, and he particularly values the help he gets from his Principal, Vice Principal and Area Supervisor. “Bridge has developed me greatly to being a better person than before!” Mohammed declares.