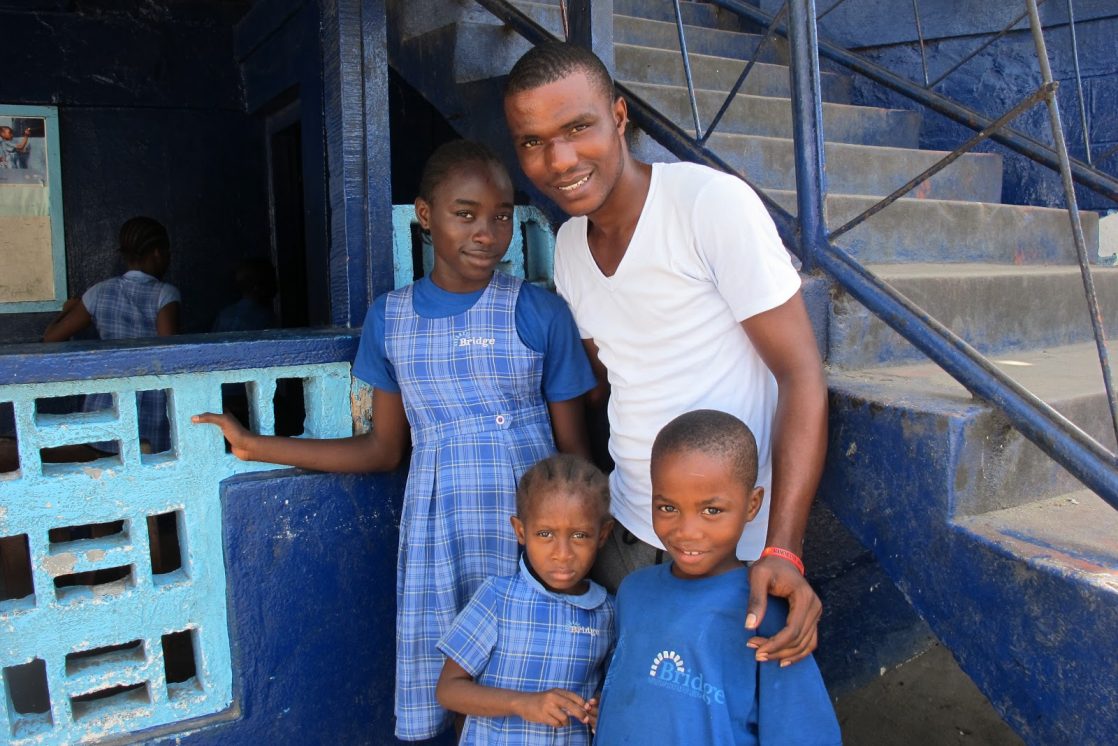 Twenty-nine year old Mohammed is a proud father of three—pictured above—(from left to right) his children are: Musa, Matennah and Stephen. All of his children go to the Bridge Liberia supported school J.W. Pearson in the capital city of Liberia, Monrovia, where they live. Mohammed explains: “I started out with just two children at the school but was so impressed that now all three go to the school.”

What is ‘LEAP’? LEAP is the ‘Liberian Education Advancement Program’ which was formerly known as Partnership Schools for Liberia—it is an innovative education public private partnership in Liberia, with 200 schools participating and seven non state providers. Bridge Liberia is one provider and manages 68 schools which employ government teachers and are free to attend. The aim of LEAP is to transform education across the country and successes from the programme are already being implemented across the wider system, such as a longer school day.

He adds: “This school is so much better now that it is in LEAP, than before. Before, my children would come home at 12:30, sometimes earlier, but they leave school much later now. I’m happy they’re at school longer. I did not know how they could be learning anything in school for such a short time”. For his family then, the adoption of J.W. Pearson school into LEAP was a win-win! It produced a better school for his children, who learn more plus gives him more time to work and provide for his family. “My job is currency exchange. Before they were in school, the children used to have to sit by my side when I was working,” he says. Before, I thought that they would always sit beside me and do the job when they are older. Now, I think they can do this or they can do something different.”

Mohammed also likes the communication he now receives from the teachers, and feels his family is building a strong bond with the school.

“I talk with the teachers a lot. For me, the teachers’ notes [teacher guide] are strong because they follow the curriculum. The teachers are the best thing about the school.”

A proud father, he’s keen to talk about his children’s progress: “Musa loves spelling all the time,” he says, “and Stephen’s favourite thing to do is read stories.” He feels that his school really cares for his children, explaining: “The school is like part of our family.”