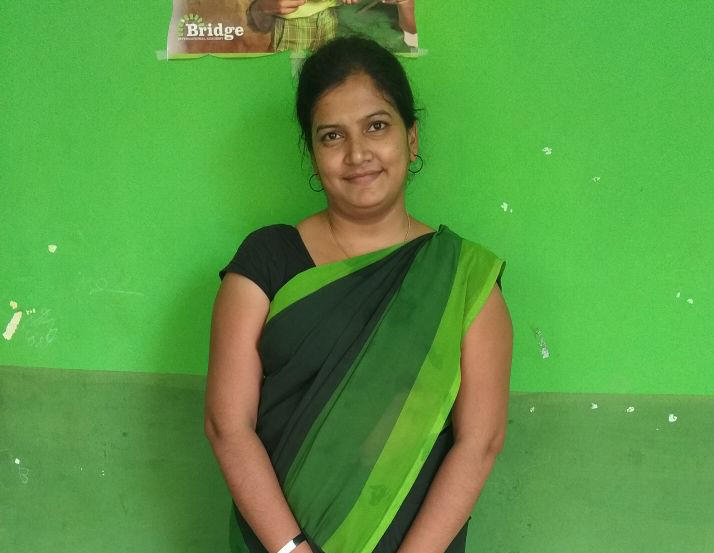 Nagalakshmi is a Grade 4 teacher at Bridge, Bhimadole. She’s an inspiration to many of her pupils, and even teachers too! Growing up, she says: “My parents had no money, they struggled to feed their children and we never talked about school.” She and her siblings went to a government school, but it only went up to Grade 6, so they were all forced to stop learning after this.

She was determined that this wouldn’t be the end of her education. She convinced her father to let her go to a school that was far away from her home. Soon, she proved herself to be a stand-out academic! Nagalakshmi earned herself a bicycle as a reward for her good grades—later, she would graduate then turn to a career in teaching with Bridge.

One of the features that she likes the most about Bridge is that, even as a teacher, she is still learning! Nagalakshmi found that there’s a big effort going towards her training and professional development, which she really values. Now, she feels respected in her community which brings her great personal satisfaction. Thanks for your work, Nagalakshmi!