Pressing for Progress through Gender-sensitive teaching; What it means to do it the Bridge way

Recent research has shown that following current trends, it will take another century to close the global gender gap across all indexes. Frighteningly this is an increase on the 2016 predictions which anticipated an 83-year timeframe. This data in the recent World Economic Forum Global Gender Gap Report (2017), shows that much more determination and creativity is required if we are to narrow the gap within our grandchildren’s lifetime. With such a decline in progress, this year’s International Women’s Day theme of #PressforProgress, is timely.

Women and girls constitute about 50% of the world’s population and as a result, they possess one half of the world’s human potential. Therefore it seems self-evident that individuals, communities and societies would benefit from improved education access and outcomes for women and girls.  A report by the Center for Global Development, ‘Girls Count’ (2008) found that by providing one extra year of education to girls, you increase their wages by 10-20%. This compares to just 5% for boys. Recent data from the UNESCO Institute of Statistics shows that for every 100 boys of primary school age not in school, 123 girls remain out of school. With girls being under-represented in education, any investment aimed primarily at women therefore has the potential for greater dividends. For instance, a percentage point increase in girls’ education boosts GDP by 0.3 percentage points and raises annual GDP growth rates by 0.2 percentage points ( UNICEF).  In Liberia, the Learning in Liberia midline found a 0.77 SD increase in reading amidst Bridge PSL students; the consequences for GDP could be transformational.

The impact of investment into female-focused education is not exclusively economic but also social. Educated women are more likely to have less, and healthier children. They are also more likely to participate in the political process and make better decisions about their health, and the health of their children. Furthermore, the benefit is compounded, with research showing that a household with an educated mother is much more likely to have girls at school, therefore tackling the cycle of poverty. (European Journal of Education Research, Development and Policy; 2005).

The clarion call for stakeholders to ‘think,act and be gender inclusive’ as part of this year’s International Women’s Day celebration, is one which we at Bridge take seriously. This is because, damaging ideas about gender roles and inequalities are defined, reinforced, and even amplified in classrooms both implicitly and explicitly. Bias is particularly implicit in textbooks, workbooks and teacher-pupil interactions. Moreover, since classrooms are miniature representations of the society; often reflecting both its positive and negative aspects, It naturally follows that they can reinforce or discredit embedded gendered norms. As a result of this, it is even more important that the classroom accounts for and directly challenges constructs that limits the role of women and girls or undermine their sense of capability and aspiration. 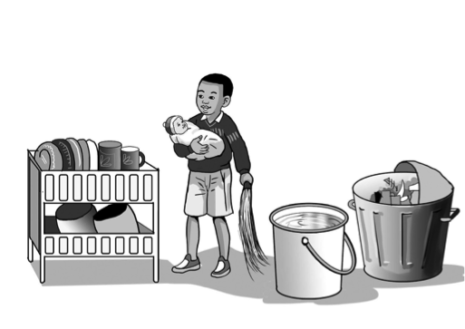 One of the ways Bridge is pressing for progress in our classrooms is through the production and use of gender-sensitive teaching materials. Bridge not only commissions all artwork in Bridge textbooks and workbooks but also writes our own stories and this places us in a strategic position to positively shape and influence the perceptions of young and impressionable girls and boys. In line with this, Bridge ensures equal visibility of female and male characters, ensures that traditional gendered roles of women and men are switched; and more particularly, girls and women are portrayed in power positions. Our illustrations and stories, for example, feature characters like female scientists, politicians and lawyers. Boys are also shown to be doing traditionally female-centred chores. 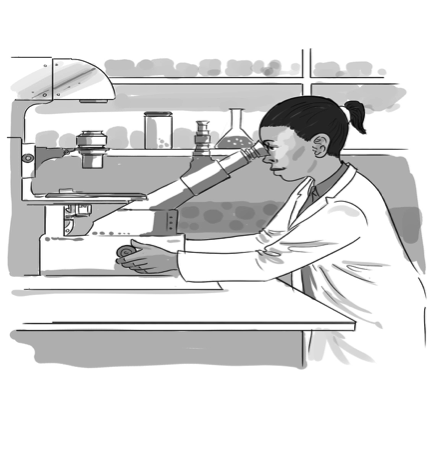 In addition to developing and using gender-sensitive teaching materials, Bridge considers teacher-pupil interaction as crucial in driving gender equality within the classroom. Research has shown, for instance that, the gender gap widens further if boys continue to have a disproportionate amount of the teachers’ time, energy and attention (Akpakwu, Bua 2014). Further, boys tend to make a larger share of contributions to all class interactions and this first, because of teachers calling on boys more often than on girls and second because, the educational environment incentivises boys to  demand the teachers’ attention and furthers their participation in or domination over class interactions (Akpakwu, Bua 2014).

Through this cycle, boys are ingrained with confidence and self-assurance in interactions in and outside the classroom and this only empowers them further. (Howe 1997). Such unintentionally skewed teacher-pupil interactions  could diminish the educational experiences of girls and in some instances leave them feeling less compelled to contribute while causing lower expectations of participation. Over time, while boys are nurtured to be assertive, girls would be trained to be passive spectators in class. (Sadker and Sadker 1986).

Considering the important role that teacher-pupil interactions can play in breaking gendered patterns in the educational environment  teachers need to be vigilant in creating equitable learning environments for all pupils. Bridge is particularly sensitive to these issues. As a result, Bridge Teacher training and classroom management techniques focus on encouraging girls to be more outspoken in class. 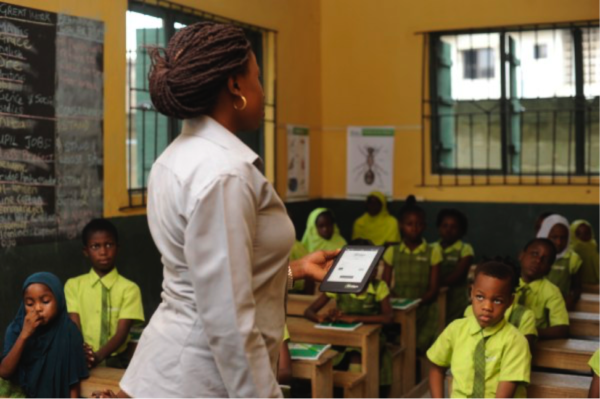 Bridge teachers use detailed teacher guides which help structure a different learning environment. This technology-enhanced lesson platform assists the delivery of detailed lesson plans and is designed to ensure that the teacher eventually acquires important classroom management techniques. For example, the device provides for specific prompts throughout each lesson for ‘cold-calling’ pupils and this is valuable because as highlighted, fewer girls than boys tend to volunteer in class. 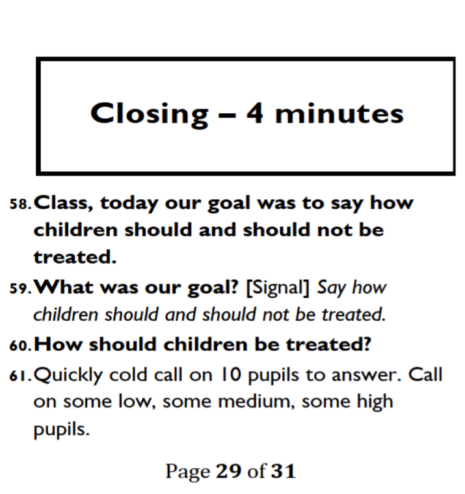 Also, where some pupils may feel self-conscious about speaking in front of large numbers, they may be more confident sharing ideas in smaller groups of their peers. With such teacher guides, teachers are reminded with specific prompts to arrange discussions in small groups and this encourages full participation of both girls and boys in class activities. Again, as pupils sitting further from teachers tend to be less involved in class activities, having the teacher move around the classroom furthers equal participation. In this regard, the teacher guides specifically prompts teachers to circulate the classroom to check on assigned activities.

We can not allow a gender gap to still be affecting our grandchildren. The power of education to mold the understanding and attitudes of people is undeniable and this knowledge is what guides Bridge in continuing to explore practical strategies for fighting gender bias in the classroom, empowering girls and in effect narrowing the gender gap.