SDG4 will not be achieved by simply increasing aid

In 2015, United Nations member states set out the 2030 Sustainable Development Goals, which established 17 Goals to improve health, education and equality. Sustainable Development Goal 4 (SDG4) aims to ensure “inclusive and equitable quality education and promote lifelong learning opportunities for all.” Four years into the strategy, UNESCO have published a damning report after investigating whether the commitments to education are being met.

The results are bleak: UNESCO has predicted that the international community “will fail to meet” the agreed targets to improve education by the year 2030, highlighting that one in six children in the world will still not be in school. On current trajectories, nearly all low and middle income countries will have significant numbers of children out-of-school or in a school where they are not learning even the basics of literacy and numeracy.

Moreover, the report shows that children are often being failed before they even get to primary school age. Part of SDG4 was to ensure that all children would have access to Early Childhood Development (ECD) education, which the report emphasises is “crucial for cognitive and emotional development.” However, huge numbers of young children still do not have access. The lowest participation rates in ECD are in sub-Saharan Africa (42%) and in Western Asia (48%).

The report goes on to reveal that even in countries where public education is presumed to be ‘free’, households are still spending on education. This is particularly true in low-income countries, where around 30% of education costs are covered by households. Often the ‘hidden costs’ of supposedly ‘free’ schools put a big strain on low-income families. 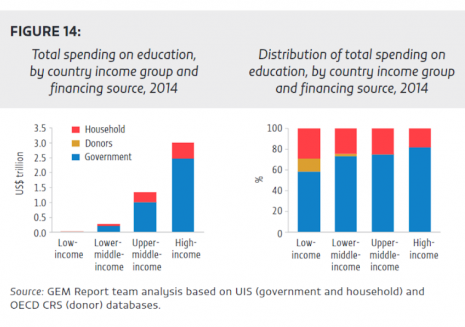 Seemingly little has improved since 2015 and UNESCO’s prediction that the 2030 target will not be met seems frighteningly likely. Trends suggest that numbers of out-of-school children will only drop from 18% to 14% by 2030. The number of primary and lower secondary out-of-school children will largely remain the same, with only 6 in 10 young people finishing secondary school. Plus, a sizeable 20% of 14-24 year olds will still be unable to read, alongside 30% of adults.

So is SDG4 still attainable by 2030? It’s very clear that the solutions we have at the moment aren’t working. UNESCO is calling for a six fold increase in financial aid directed at education in low and middle income countries. This seems both untenable and unsuitable as an approach. Business as usual will not solve the crisis. Simply increasing aid and deploying it, as it has been for years, will do little to reverse the current failures. It is time to be serious about partnering with non-state actors to deliver swift sustainable solutions, rather than remaining trapped in traditional approaches to aid and cumbersome approaches to scale. 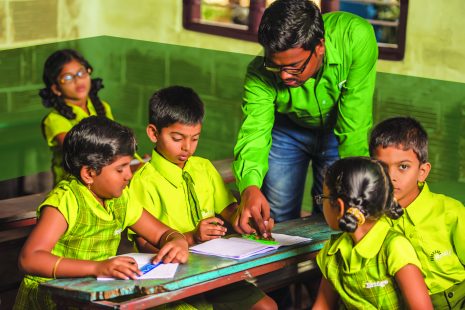 The World Bank, Brookings, CDC Group, and even USAID and DFID all agree that non-state actors should be increasingly engaged to improve education in low and middle income countries and achieve SDG4. Focussing on aid as the only solution simply perpetuates a model that has been seemingly ineffective for many decades and failed to improve learning outcomes. Expecting governments in developing countries to rely on aid in perpetuity is not a sustainable solution; for either party. Clearly multi-laterals and donor governments have a role to play, but the global community should look at how others are already helping governments to achieve large scale public sector transformation in more sustainable ways.

It’s imperative that institutions start to think outside the box when it comes to education, and look towards newer models that are evidently working. “Education is slipping down the aid agenda when it should be rising up,” warns Helen Clark, chair of the Global Education Monitoring Report advisory board, “[but] it’s never too late to act.”

The Education World Forum (EWF) is currently being hosted in London. It’s an annual opportunity for education ministers across the [...]

Today, we’re delighted to have become an inaugural Vanguard member of the Million Lives Club, an initiative designed to recognise [...]