In Maryland & Grand Kru Counties in southeast Liberia there’s a legacy of bloodshed and violence from the civil war. The Counties are surrounded by impenetrable jungle and it can take over 24 hours to reach communities, when the roads are passable. Bridge manages government schools across the two Counties as part of the Liberian Education Advancement Programme (LEAP).

Maryland shares a border along the Cavalla River with Côte d’Ivoire, known in English as the Ivory Coast. As recently as 2011, civil war in Ivory Coast sent thousands of Ivorians fleeing across the border to Maryland, and elsewhere in Liberia. 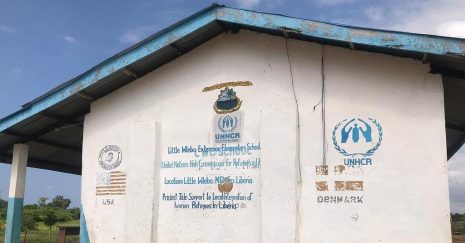 Bridge manages a large of number of schools near the border which educate refugees, both inside and outside of the camps; helping families to hope that with education their children’s future will be brighter. 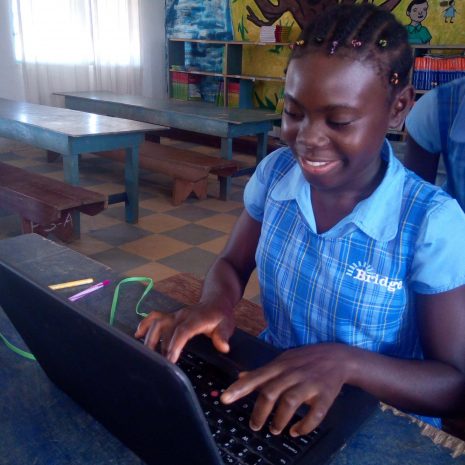 Everyone has their story and I have mine. I want to tell my story to the world and help others who don’t have a voice.

One of the schools that Bridge runs is in Little Wlebo refugee camp. Until recently Little Wlebo was managed by the United Nations High Commission for Refugees (UNHCR). Now, it is being transformed into a village settlement in which both refugees and host communities will live together under the authority of a Town Chief. Bridge LEAP manages the ‘Extension Elementary School’ on the settlement, which in 2017 transferred from the Ivorian to Liberian curriculum to speed up the integration of those refugees who elected to stay in Liberia.

Many of the schools Bridge manages in Maryland and Grand Kru have become the centre of the new homes and communities for many refugees. They perform a vital function helping integrate Ivorians into the local community, especially through the teaching of the Liberian curriculum in the English language (French is spoken in the Ivory Coast).

Ivorian refugee, Syntia Aka, who now goes to Bridge, explains that her education is good preparation for her to become a journalist, which will one day enable her to share her story and the stories of others like her: “Everyone has a story, and I have mine. I want to tell my story to the world and help others who don’t have a voice.” Monsiah Tataiya (above) chose to stay in Liberia rather than go back to Ivory Coast because of the great education her children are receiving at their Bridge LEAP school.

Delivering quality education in marginalised remote communities like these is challenging. But, succeeding offers families the hope of a more prosperous and stable future

Discover our Learning gains in Liberia