Do we have the next Ada Lovelace in the making? It’s possible! Bridge pupils across Nigeria have been taking part in the Hour of Code initiative. A global initiative that takes place every year during computer science week and this year is set to be the “largest learning event” in history! Coordinated by code.org,  Hour of Code introduces computer science to many across the globe for the first time; learning the basics of coding in an exciting and creative way.

Speaking about the initiative, the Chief Executive Officer, Code.org, Mr. Hadi Partovi said the Hour of Code was created to excite students about computer science and break down stereotypes to show anyone can learn it. “Even without computers, these Bridge students have explored concepts of computational thinking and learned more about their potential. They’re on their way to changing their future and the future of Nigeria. We’re pleased to have them as a partner” He added.

The Hour of Code made history in 2017 when more than 100 million students from 180 countries participated simultaneously. This year, they hope to break that record and we’re excited that Bridge pupils will be part of the effort.

It’ll come as a surprise to many that those in low infrastructure environments are grappling with the technical aspects of coding! It shows that nothing is inaccessible with committed teachers and initiatives like Hour of Code.

In a world where technology now finds its way into every aspect of daily life, it’s crucial that pupils are prepared with the necessary skills when they enter the world of work. Academic Director at Bridge Nigeria, Stacey Nwokeyi believes that a child’s ability to succeed in a world surrounded by technology is hinged on their proficiency in the effective use of computer programs. 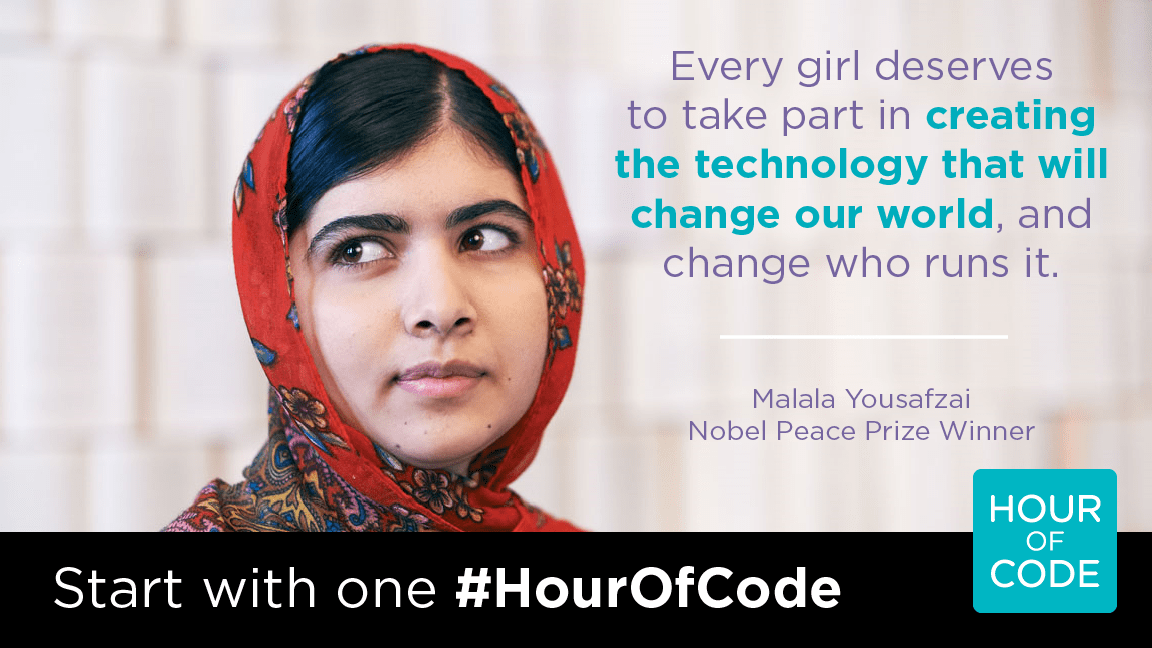 Adding to the success of the event was the proportion of girls who took part. Girls are usually under represented in STEM subjects, not here though; with more trying computer science at the event than in the last 70 years. A total of 13 million girl students took part throughout the world. One of these girls, Deborah Lindiwe from Primary Four at Bridge, Igando took part in the event. She learned how to think like a computer through an ‘unplugged’ activity – computer based activities that do not require the use of physical computers. There are signs that passionate teachers everywhere are attempting to teach young Africans the importance of technology through ‘unplugged activity’; teachers like Richard Appiah Akoto from Ghana, who went viral after posting pictures he’d painstakingly sketched out showing a mock-up of a Microsoft Word screen in coloured chalk on his classroom blackboard. Lindiwe certainly enjoyed learning how computers run using techniques such as algorithms and programmes, she said: “I love learning about coding and computers. When I grow up I want to create the next Google!”

This is not the first time Bridge girls have impressed with their coding skills. Sophie Irozuru from Bridge Academy, Maya, is one of our most talented coders. She gave a talk at the PyCon Lagos conference 2017 about her knowledge of Python – a computer programming language, after only learning it for 12 weeks. Girls in some underserved communities often face cultural barriers to certain jobs or subjects, however through co-curricular activities Bridge is empowering girls in subjects such as coding to know that they can pursue any career path they like.

Technology enables Bridge teachers to give their best in the classroom