The World Bank Group and the International Finance Corporation (IFC) are deep into their annual meetings in Bali, Indonesia, discussing issues such as future avenues for funding development initiatives.

Funding institutions and investors are looking for new opportunities to responsibly invest in innovators whose work is providing a boost to developing economies, having a positive social impact and growing human capital around the world. One of the social enterprises who receive social impact investment from the IFC, among others, is Bridge. In Bali, the IFC’s CEO, Philippe Le Houérou (pictured below), singled out the organisation as innovators, arguing that resisting new approaches to achieving the SDGs defies logic. 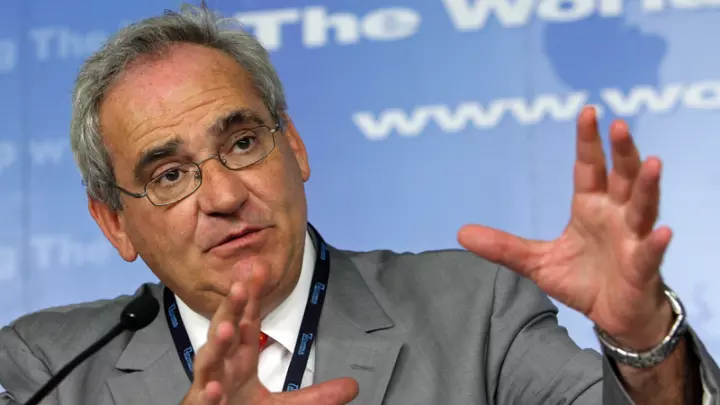 “I grew up in Africa. It’s a situation of very bad public services in health and education. Repeating the same old recipe and expecting a better outcome is weird. Same cause, same consequences. We owe it to the kids, to the next generation to try new things. We try with Bridge. I do believe that experimenting is good and we’re using economists to do evaluations. The point is we’re trying to assess what is true and what is not true and there has to be evidence because otherwise it’s a matter of ideology and you don’t move!”

The IFC’s Sérgio Pimenta has also argued for the urgent need for new models of education: “There is evidence that Bridge’s education programs and use of technology are effective.” The multiple national exam results, RCT findings and DFID report that have been collated over the last decade, back that view up.

Leading financial organisations and multi-laterals are notably embracing the private sector as an alternative to the old models of development financing. This has been part of a larger shift in the development sector which is now focused on enabling communities to help themselves rather than creating aid dependency. Houérou stated plainly that:

“Frankly, that’s why I think the IFC is a very interesting place because we want to demonstrate that ‘doing good doesn’t mean losing money’. And that’s the basis of financial sustainability, I mean if you do good but you lose money all the time, you’re not going to do it for too long. I’m sorry but it’s true! We believe we can have a return and actually be transformative.”

Dispassionate policy shapers like Houérou who are focused on achieving demonstrable results in development are also holding social enterprises like Bridge accountable. (The IFC) “will give a minimum set of principles to follow to demonstrate that they’re actually creating impact… you have to follow the impact and be able to demonstrate what you have done with the proceeds.”

“Instead of running for the public solution, let’s try the private sector first. Regulate it, not “anything goes,” but let’s try that, the needs are huge. There’s no way the public purse can deal with this so you have to include private finance, that is what we’re trying to do. We need to be imaginative and find new and more creative public-private solutions which, at the end of the day I think we are going into a world where capitalism is becoming more responsible, the private sector is becoming more responsible, and in many countries the governments are seeing the potential of working with the private sector.”

The comments chime with that of organisations such as the Department for International Development, whose Secretary of State argues: “We have tackled the dogma and culture that still exists in some parts of the aid sector, which not only sees organisations failing to put the beneficiaries first but also preventing the private sector from helping deliver those Global Goals.”

It is increasingly clear that the need to leverage the private sector to release impact investment and enable social good is becoming mainstream thinking. It’s been a long journey but the beneficiaries will be those in communities such as the ones Bridge serves.

How can teachers be supported?

We all remember our favourite teacher at school, the ones who ignited our interest in a particular subject and inspired [...]

Every year global and national leaders convene for the General Assembly of the United Nations (UNGA) to discuss the sustainable [...]

Learn What we do