In 1969 the world’s population had reached 3.6 billion; it had grown by one billion in just 17 years. Paul Elrich’s release of The Population Bomb the previous year had incited a global panic about overpopulation, which he predicted ‘would lead to mass starvation’.

In line with the general zeitgeist, the United Nations Population Fund (UNFPA) was created to advise developing countries about the social and economic implications of unsustainable population growth.

Every year the UNFPA releases a report called the State of the World Population (SWOP); analysing trends in the world’s population to shine a light on specific trends, regions, countries and populations. Alongside unveiling the number and nuances of the current global population, SWOP asks how we can manage some of the challenges inherent in population growth, advocating for the rights of women and girls as a key part of that.

Fundamentally UNFPA argues that improving gender equality is what will make populations more sustainable. Gender inequality limits the ability of women to freely make fundamental decisions, such as:

An estimated 650 million women alive today were married when they were themselves children. Very often these women had little to no choice about marriage or reproduction and certainly very little regarding education. 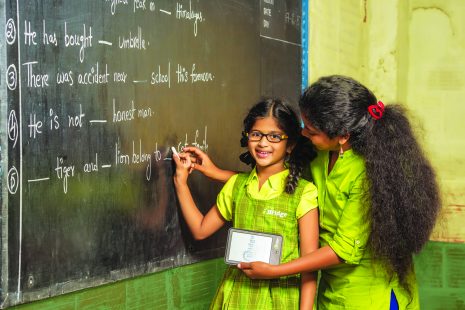 SWOP report is clear that expanding women and girls access to education and the opportunities it enables, is key to managing population growth. For example, keeping girls in school decreases the likelihood of them marrying or having children when they are young. Completing primary school offers the chance to pursue secondary, even tertiary education. Whatever the level of their education, literacy and numeracy offers the chance for financial independence through setting up a small business or securing employment.

There are of course a wide variety of factors that affect a girl’s ability to get an education, and thus increase her likelihood of marrying young, living in poverty, and more are:

These challenges are often endemic but confronting their fundamental impact on population sustainability is key.

Bridge has a range of carefully designed policies ranging from gender sensitive teaching to community outreach initiatives that are focussed on empowering and supporting both girls in the classroom and women in the community. The lack of educational equality of access is pertinent in the communities in which the social enterprise operates.

In addition to the national perspective given by SWOP figures, UN Women (2012) figures paint a picture that is much worse for girls living in rural areas; in 42 countries rural girls are twice as likely to be out-of-school than urban girls. 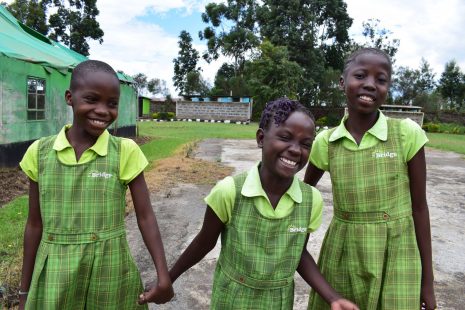 The importance of quality education

Improving educational opportunity and access is crucial, not only for maintaining sustainable population growth, but also for promoting and enhancing the wellbeing of girls and women. SWOP focuses on the idea that many women today have better lives than their mothers, and can hope for even more for their daughters.

With populations in developing countries continuing to grow rapidly, improving access to—and quality of—education is critical to ensuring that girls and women can make informed choices & contribute to growth and prosperity. It is well known that new approaches to swift and scalable public system transformation are desperately needed; and that gender equality needs to be a key plank within that. What is less discussed is what the impact of failing to do this will have on population sustainability globally.

Education is a development priority and the private sector has a role to play, says European public

The European Commission (EC) is the executive branch of the European Union (EU), with responsibility for proposing legislation, implementing decisions [...]