Tackling a lack of opportunity

World Cup fever has taken over and for the next two weeks communities will be glued to their televisions and radios to follow the rise and fall of their favourite teams.

It is estimated that 265 million people around the world play football, slightly more than the number of children – 263 million – who are out of school.

Football gets a lot more focus.

As with all education, sport provides children with the opportunity to develop important skills. A sport like football opens doors to teamwork;  leadership; practice; perseverance, and; learning about competition. Both education and sports provide opportunities, where they may otherwise not be readily available.

Building schools that place importance on co-curricular activities alongside academic achievement enables children to thrive. It provides an outlet for creativity; individuality and of course, energy.

Although 17% of the world’s professional footballer players are African, for children in impoverished communities the thought of reaching the dizzying heights of international footballer is often regarded in the same way as becoming a neurosurgeon or scientist. Both seem out of their reach, if they don’t have supportive teachers and schools like Bridge to nurture their dreams.

For those 263 million not in school, their dreams are often unheard. 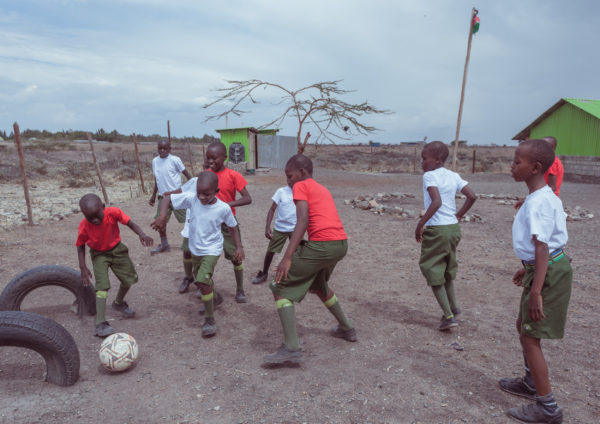 All education ministries aim to develop school curriculums that produce fully rounded children. George Weah, now President of Liberia, is in a unique position to understand the value of co-curricular activities and football, having emerged from the Clara Town in Monrovia to play for some of Europe’s best football teams and go on to become President.

Only one of the Bridge territories have made it into the 2018 World Cup and they have already won accolades for their kit. The Super Eagles will carry the hopes of Nigerian children – and the fashion conscious alike – as they compete on the pitch. Other countries will watch and wistfully dream they’ll one day get to see their countries compete for football’s biggest prize.

Who knows, in the midst of the starting line up there might be a Bridge pupil, who prior to going to a great school would never have believed opportunities like that would ever be available to children like them.

The role of private actors in supporting learning worldwide