Americans come out in support of education public private partnerships

New nationwide research by global polling company ONEPoll has revealed that nearly eighty percent of US citizens support the use of education public private partnerships to address the global learning crisis. Similarly, 79% think there should be more private providers of affordable or free education, in a country where the government struggles to offer enough quality education for all. The analysis is designed to provide a benchmark of US public opinion in a space that is often distorted by vocal activism and campaigning on both sides of the debate.

These findings can be considered alongside the UN Sustainable Development Goals, which governments and organisations worldwide are working to meet. The Global Goals call for quality education for all, with the aim of achieving this target by 2030. However, with more than half of the world’s children not reaching minimum levels of reading and maths, there is still a long way to go in a relatively short span of time.

Awareness of the scale of the education challenge remains a central factor, the research revealed that most US citizens significantly underestimate the global education crisis, with many admitting to not knowing the true extent of it. The reality is extremely concerning: what Americans largely miscalculated is that 260 million children are not in school, while 330 million are in school but not learning. Meanwhile there is a worldwide teacher deficit of 69 million. In sub-Saharan Africa, according to official UNESCO statistics roughly nine in ten school children finish primary school unable to read and write.

Although the Sustainable Development Goals are widely discussed, it appears that international education is lagging behind when it comes to public awareness. Some sections of the American public may not believe that the global learning crisis has personal relevance or domestic impact for the US. However, 600 million children being failed by education systems will inevitably have have global consequences for future conflict, terrorism, inter-generational poverty and political instability.

This is why innovative action is needed and why it’s important that the scale of the crisis is understood by policymakers and the public alike. Public education system transformation is desperately needed and with many government’s constrained by limited budgets and capacity issues, all non state actors need to be embraced in supporting local governments to tackle the challenge. With more than 1 in 2 children worldwide not learning the basics, innovative approaches that supplement and support government endeavours must be welcomed in order to reach a more holistic solution. 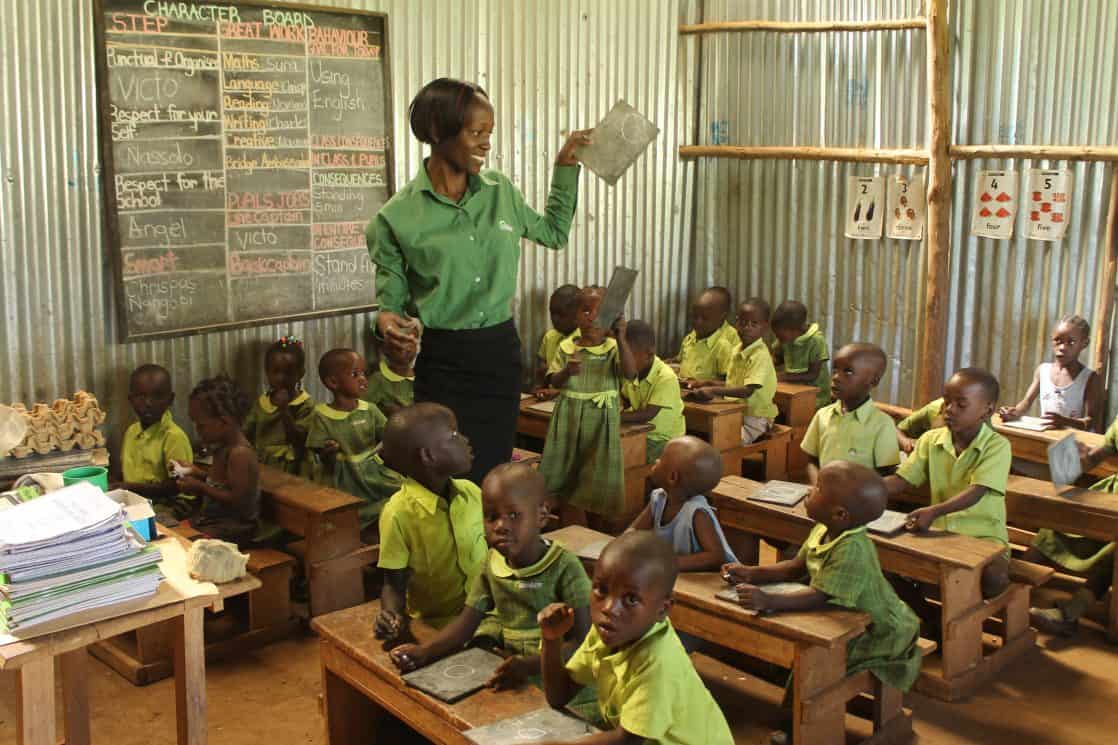 This is a view that is becoming increasingly widely held. USAID’s latest Education Policy emphasises their support for the private sector’s role in helping low-income countries to boost learning rates for children. They stated that “Non-state actors–ranging from community and faith-based schools to affordable private schools–often fill a critical space to address the education needs of the marginalised and vulnerable.” Similarly, the World Bank Group have continued to speak out in favour of private sector engagement, following their first ever education report detailing their support for public private partnerships.

The research shows that the American public largely agree with the shift that is taking place in these global multilateral agencies. An overwhelming 8 out of 10 Americans think there should be more public private partnerships in countries where the local government struggles to teach all children; offering clear public support for a policy approach released last year in USAID’s strategy and outlined in the World Bank’s inaugural education report.

This public support of a combined approach that utilises the private sector to help improve education in the developing world appears to apply to teacher training too. When US citizens were asked if they would like to see more teachers in low and middle income countries supported by Bridge International Academies so that learning outcomes for children could improve, 82% agreed or strongly agreed. 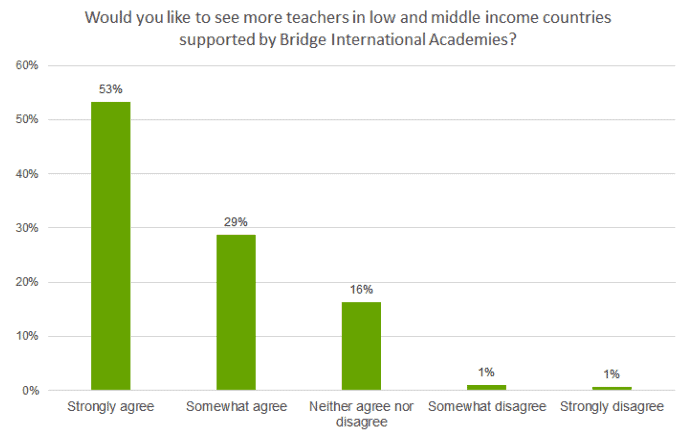 In light of the global education crisis, Bridge is working with governments and parents alike in order to deliver and support new ways to improve access to quality education. Sujatha Muthayya, Vice President at Bridge International Academies said, “We’re encouraged that the American public overwhelmingly support the use of non-state actors in tackling the global learning crisis. We are now seeing a real shift in attitudes towards the delivery of high quality education. Organisations like USAID agree with the American people and have also shifted their focus to enable non-state bodies to help transform the global education crisis.

“Innovative solutions are essential if we are to reverse a trend when after all this time more than 1 in 2 children are not learning the very basics. Of course, it makes sense for non-state actors to contribute to delivering the UN education goal with innovation and funding. Bridge is proud to be already supporting governments in Asia and Africa by offering support and training to government teachers alongside better resources.”

Sujatha Muthayya continues, “It’s very encouraging to see that more than 3 in 4 Americans would like to see additional education public private partnerships to help governments in countries that are struggling to offer quality education for all children. The education crisis has global consequences and it’s only when the public and policy makers are aligned that we’ll see impactful change. ”

Education Ministries are clear that the challenge facing them is daunting, but even with multilaterals adopting inclusive policy approaches, public support both at home and abroad will always be vital to enabling full scale adoption of innovative approaches.