Bidibidi is the world’s second largest refugee camp, and it’s slowly transforming itself into a permanent settlement—a city formed of over 250,000 South Sudanese settlers who poured across the border into northern Uganda, fleeing the civil unrest just hours away at home.

Typically, speed and survival take priority at refugee camps—the expectation in Bidibidi is that what gets built will remain, even long after the residents have gone home. Providing for a high-quality education is a very real part of this effort, with the government of Uganda encouraging residents to develop schools into permanent structures.

The bigger picture in Uganda reveals that every day approximately 2,000 people cross the border fleeing famine, drought and violence in neighbouring countries. Nearly 60% of refugees in Uganda are children and as many as 300,000 aren’t in school. One reason that both refugees and native Ugandans are out of school is quite simply a lack of capacity—in parallel, many of the available schools also struggle with quality.

I love Bridge so much. Here we study well. The teachers are good. They love us.

With one manager and ten teachers, Bridge operates an academy in Adalafu, in the Arua district of north west Uganda—which borders the Democratic Republic of Congo. Despite the flow of refugees, the school has become a centre of academic excellence to approximately 450 pupils. One-hundred-and-fifty pupils are refugees from both South Sudan and the Democratic Republic of Congo.

Charles Lukudu. One refugee’s story of hope through education 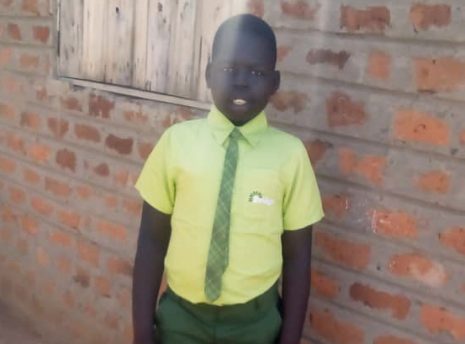 Charles Lukudu, a seven-year-old pupil at Adalafu, currently lives with his mother in a refugee camp. He’s older than his years after fleeing South Sudan and the fighting that has since plagued the world’s newest nation.

“Rebels raided and burnt our home, killed my father, we escaped. When we arrived in Uganda, we were taken into the camp,” he says.

After arriving, his mother, Debrah Baba, did not want the conflict to rob her child of his future as well as his home and began to seek schools near their camp, finding very few. She says: “Bridge is the only solace for her child.”

Charles attends classes at Bridge six days a week and is learning alongside other refugees and local Ugandan children. Charles says: “I love Bridge so much. Here we study well. The teachers are good. They love us. They do not beat us. I do my homework alone and I help my friends back in the camp.”

The Head Master of his academy, Faroque Andati says that the school has seen a transformation among the refugee children it teaches: “When these children joined the school, they were very violent and would fight with their friends a lot. When we realised their condition, we started counselling them. We have many sessions with these refugee children and it has helped them a lot. They are now fitting in with the rest of the children.”

“It’s essential as part of any crisis response that there is the provision of primary education. These children will be the ones responsible for building a more resilient, peaceful and prosperous Africa. They’ll be far better equipped to do that if their refugee status does not bring their education to an abrupt end.”

Discover our Learning gains in Uganda